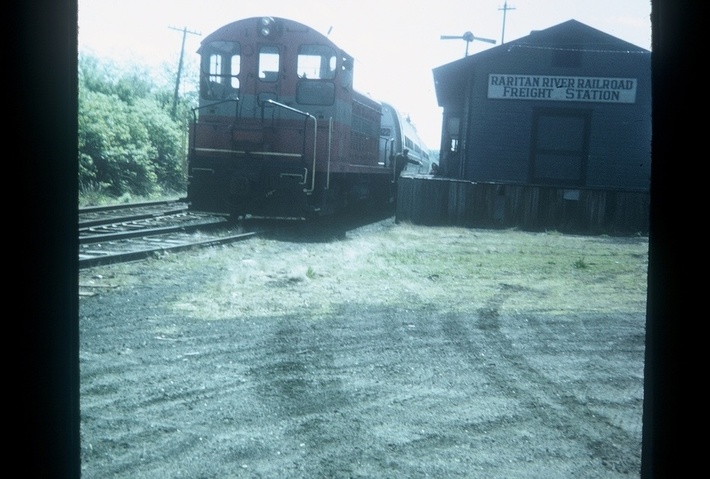 The Raritan River Rail Road was begun in Sayreville, New Jersey in 1888 and by 1890 connected South Amboy to New Brunswick, serving the freight and passenger needs of the area. About 100 years ago a new passenger station was built in Milltown at the railroads crossing of Washington Avenue. This use came to an end in 1938 with the discontinuance of passenger service on the line. The station was then raised to boxcar unloading height and moved east along a new siding to serve as a freight station.

The station sat mostly dormant since the absorption of the Raritan River Rail Road into Conrail in April 1980. Shortly thereafter, Conrail removed the siding and sold the station to the adjacent property owner and it was briefly used for storage. Most of the original interior of the station has remained intact and is fairly well preserved; however the years have taken its toll on the exterior of the building. Eventually its state caught the attention of the Milltown Historical Society as well as several Raritan River Rail Road fans who have organized into a local chapter of the National Railway Historical Society (NRHS) to promote its preservation.

The station currently sits on private property, however it is anticipated that relocation to property located directly across Washington Ave previously acquired by the Middlesex County Open Space Preservation Program would allow for renovation and restoration of the station and accessibility to the public. To accomplish this, it is envisioned that the station be set back to its original passenger station height at ground level to accommodate the needs of all visitors.

The station is one story wood fram construction, approximately 18' wide by 50' long (about 900 square feet), divided in the interior into two sections by a wall with passage door and ticket window. The larger space, approximately two thirds of the station, was previously the passenger waiting room, and its original finished wood interior is well preserved. This room could become a meeting space for local civic, educational and historical groups; as well as a display area for photographs, maps, and historical narratives of Milltown, the station and the railroad.